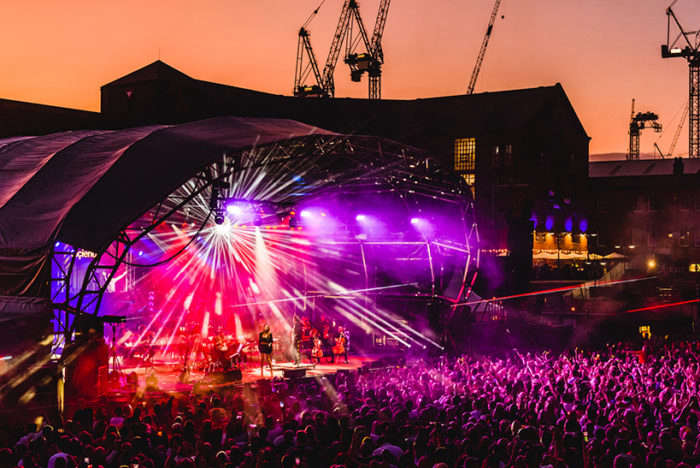 Haçienda Classical is curated by Graeme Park and Mike Pickering, the DJs who shaped the Haçienda sound. Together with classical accompaniment from the Manchester Camerata and special guests, the seminal tracks that defined a generation at the original club are recreated and transformed into London’s biggest nightclub.

Soul II Soul have been producing memorable quality music since the late eighties. They've sold over 6.8 million albums in 35 territories across the globe and appeared on over 100 compilation albums. Their Club Classics Vol. 1 album was named one of the top 50 British Albums Ever by Q Magazine. They began as a sound system in the early 80s, playing at various house blues parties, street parties and local youth clubs, adopting a unique style which became known as 'Funki Dred'. Soul II Soul signed to Virgin Records, and the rest is history. Tracks such as 'Keep On Movin' and 'Back To Life' have stood the test of time.

Best known as the bassist from Joy Division and New Order. Peter decided to honour the outstanding work of his first band and the undoubted genius of the late Ian Curtis by giving people the opportunity to hear past Joy Division albums performed live and in their entirety. Backed by his band The Light, Hooky first played 'Unknown Pleasures' at the Factory club in Manchester in 2010, and has continued to tour the back catalogue ever since.

The event runs from 5:00pm to 10:00pm on the following dates.
Select a date to add this event to your calendar app.