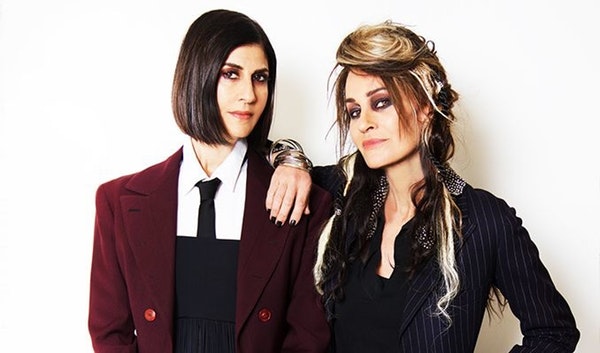 Shakespears Sister have announced their official reunion as a band, twenty-six years after they originally disbanded.The band will release a singles collection, Singles Party on 19th July. The album features two new tracks ‘All The Queen’s Horses’ and ‘C U Next Tuesday’, as well as classic hits from the duo’s back catalogue.They embark on the Shakespears Sister Ride Again tour this October and November playing an extensive run of UK shows, including a night at The London Palladium.

Shakespears Sister is a pop-rock act formed in 1988 by singer–songwriter Siobhan Fahey, a former member of Bananarama. Based in the UK, Shakespears Sister was initially a solo act, but by 1989 it had become a duo with the addition of the American musician Marcella Detroit. Together they released two Top 10 albums and a string of Top 40 hits, including the 1992 hit 'Stay' which peaked at No. 1 in the UK for eight consecutive weeks.

The triumphs and accolades piled up: over a million albums sold, a Brit award for Best Video for ‘Stay’ and an Ivor Novello award for Outstanding Collection of Songs for the band’s second album, 1992’s Hormonally Yours. The pair went onto headline the Pyramid stage at Glastonbury in 1992 and supported Prince at Celtic Park at Prince’s personal request. Detroit was sacked from the band in 1993, leaving Fahey as the sole member again until she ended the project in 1996. After working under her own name for some years, Fahey revived the Shakespears Sister name in 2009.

The event runs from 7:00pm to 9:00pm on the following dates.
Select a date to add this event to your calendar app.