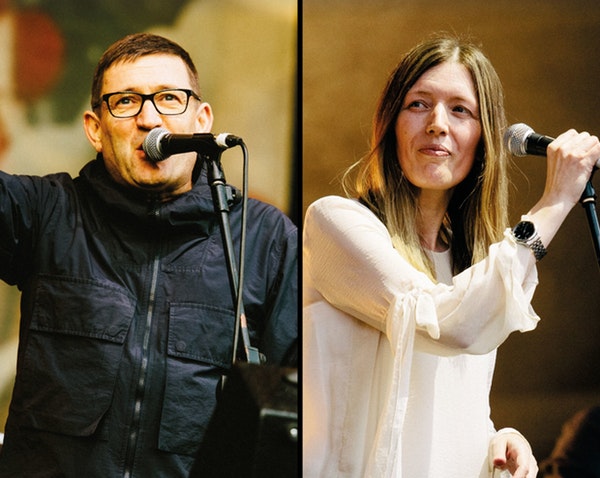 English singer-songwriter Paul Heaton, most famous for his roles within The Housemartins and The Beautiful South and for writing hits such as Rotterdam, Don't Marry Her and Perfect 10.

Jacqui Abbott was the female lead singer with the band The Beautiful South after 1994, following the departure of Briana Corrigan.

The band were arguably more successful with Abbott on board, releasing several Top 10 singles. Amongst their most successful hits during her stint were: 'Rotterdam', 'Perfect 10', 'Don't Marry Her' and 'Dream a Little Dream of Me' (cover). Abbott was discovered by Paul Heaton, the Beautiful South's other lead singer, after she and a friend met him outside a night club. Heaton invited them to a party, where Abbot's friend encouraged her to sing. Heaton was impressed with her singing, and later invited her to audition to replace Corrigan.

She left the band in 2000, because of the pressure of touring, to concentrate on looking after her son, who had just been diagnosed with autism. Jacqui Abbott reunited with Paul Heaton in June 2011 to perform in his musical The 8th and has continued to gig with him.

The event runs from 6:30pm to 9:30pm on the following dates.
Select a date to add this event to your calendar app.