Marillion With Friends From The Orchestra 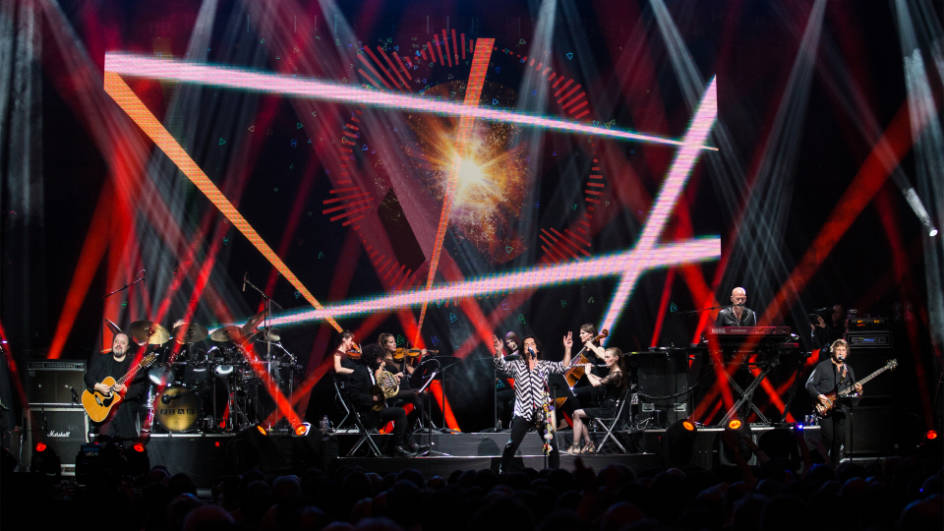 Marillion have announced that they will return to the road in the UK and Europe in 2019 with an extended line up of musicians joining the band.The shows will feature the In Praise of Folly String Quartet plus Sam Morris on French Horn and Emma Halnan on Flute, featured on select numbers throughout the show as on previous occasions.

In December 2017, Marillion played a sold-out show at The Royal Albert Hall which was the fastest selling concert of the bands career and featured this same ensemble of musicians who also featured on the UK tour in the spring of 2018. The concert at the Royal Albert hall was hailed by the fans and critics alike as 'one of the best concerts in Marillion's history'.

Marillion will be playing songs spanning their 14 album-career with Steve Hogarth, as 2019 celebrates 30 years of him joining the band.Steve Hogarth says: 'Has it really been 30 years?! Steve R tells me it's his 40th anniversary so it's a double celebration! It's amazing to be in this position after all this time. We've added this wonderful six-piece to the band for this entire tour. They're brilliant players, good friends, and the chemistry we have together has already spoken for itself. I thought we'd never beat that night at RAH... but there's going to be two nights and two different RAH set lists this time, so let's see what we, and our legendary fans can do.'

The event runs from 7:15pm to 9:15pm on the following dates.
Select a date to add this event to your calendar app.