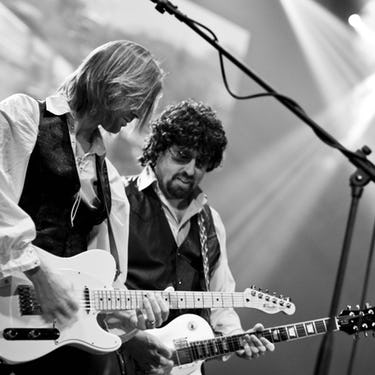 The ELO Experience will embark on a new tour which will include many songs from the Out of the Blue (Electric Light Orchestra album) The back catalogue of the Greatest hits are still included along with some seldom, if ever heard live, album tracks. 2017 celebrated the 40th anniversary of the iconic Out of The Blue Album and we believe its one of the greatest albums ever so to celebrate Jeff Lynne and the Electric Light Orchestras masterpiece we have decided to include some great songs such as Night in the City, Starlight, Believe me Now, Steppin Out, Standing in the Rain, Summer and Lightning and Across the Border are into the set list along with the great hits, Wild West Hero, Turn to Stone, Sweet Talking Woman and of course Mr Blue Sky. Come along and enjoy a fun night of nostalgia, singing and uplifting enjoyment to some of the greatest songs ever written.